Kindly Note: NTA Public Notice on the Challenge Procedure.Click Here.For more details please visit https://aissee.nta.nic.in    |   For kind attention of cadets of class IX and XI: Before proceeding please go through the instruction. To complete the formalities, click here for details and undertaking letter  |    Standard Operating Procedure and Duties of Parents and Cadets..Click here to view

|    Kind Attention of parents !!!:Please go through list of Fee defaulters and fee paid (NEFT)without furnishing any particulars of ward. Please pay the fees at the earliest.Click here for details.

|   Dear cadets, you are requested to go through this link as a part of constitution duties awareness programme..  |   Dear Parents, online classes have commenced for all classes from 1st June 2020, parents are requested to monitor and facilitate their wards in attending the classes.    |

Sainik School Kodagu is the twenty second Sainik School in the country and the second in the state of Karnataka. It was established on 18th October 2007. The school comes under the purview of Karnataka State Government and Ministry of Defence, Govt of India and is administered by a Local Board of Administrators. The school trains its boys in overall development while providing quality education and creating a consciousness of national integration.


The school has been set up in a picturesque location surrounded by hills, spread over an area over 60 acres. The idea of establishing a Sainik school in the land of Kodagu was that Kodagu has contributed brave soldiers to the Armed Forces many of whom rose to the rank of Brigadiers, Generals and even India’s Field Marshal. ...read more 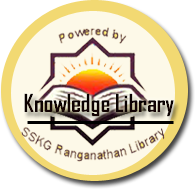