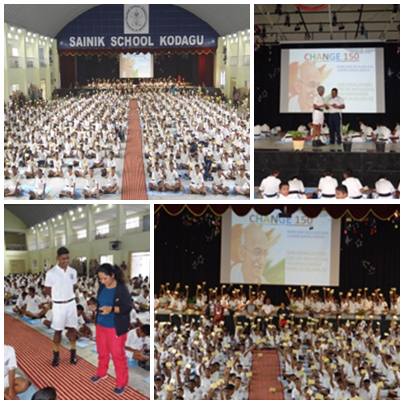 To make this special year’s independence truly memorable and meaningful, the Gandhi Smriti and Darshan Samiti, Delhi has introduced the CHANGE -150, a youth powered celebration of Mahatma Gandhi’s 150th birth anniversary during this Independence day.

This unique project aims to bring to life the iconic change mantra of Bapu ‘Be the change that you wish to be in the world’.

In this regard, it is happy to note that 600 cadets of our school came together to hand write one social change for the nation that they passionately want to see and be. During this workshop, every cadet of classes 6 to 12 were handed a sample post card and asked to articulate one civic change that they would like to see in the nation. After the workshop, All those creative presentations done by cadets were posted to Kerala as guided by Darshan Samiti. 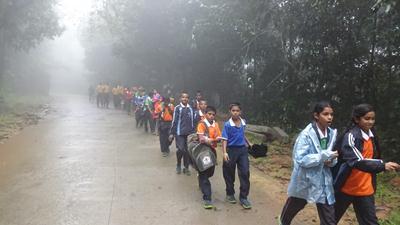 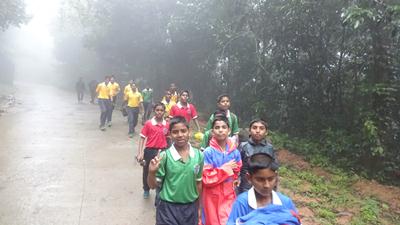 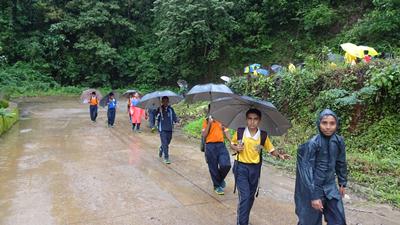 Members of Kalpower Trekking Club went out to the midst of nature- Bisle Ghat, one of the thickest forests of the South India. It is the home of wild animals like elephants, wild boar, King Cobra, tiger, Sambar and thousands of rare species of birds.The region falls in Ghati Subramanya region of Karnataka Forest, got declared as a reserve forest as early as 31 Dec 1900. All 25 club members were escorted by two club in-charge teachers, reached Bisle View Point at around 11AM on 4 Aug 2019. After a light breakfast the trek began downward in the direction of Kukke Subramanya. The natural
scenic beauty enthralled all the members. Kumaraparvata and Sahyadri hills were visible from the path we trailed. The destination was Shri Chowdeshwari Temple, 15 KM away from the View Point. Weather was so good and encouraging one. Last one hour of the trek witnessed heavy rainfall. We could not complete the predetermined distance as heavy downpour lessened our speed. KSRTC bus was on its way back to Kudige. We boarded the bus and reached Kudige at 1700hrs. All the members were tired but felt jubilant for doing lifetime achievement of such a long trek in the dense forest. 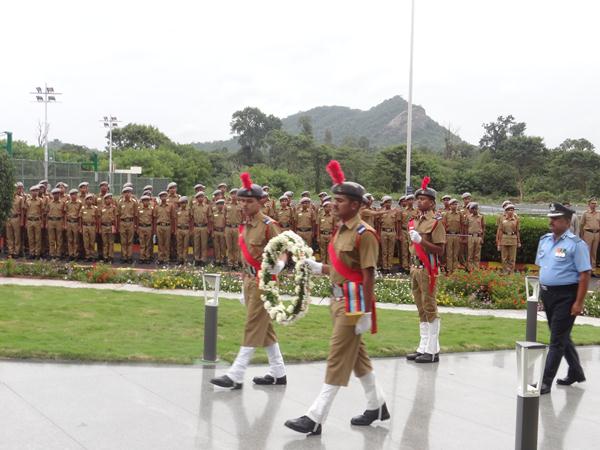 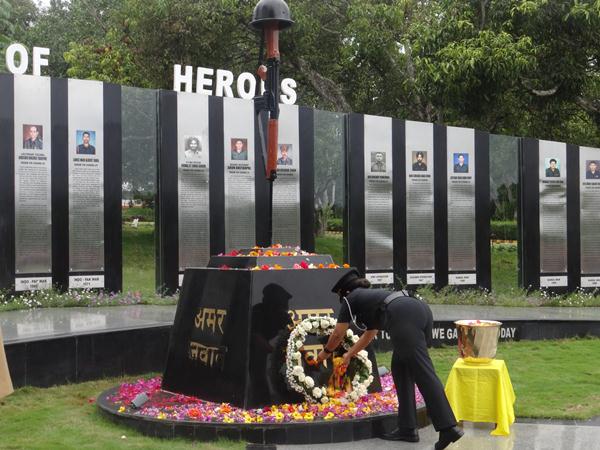 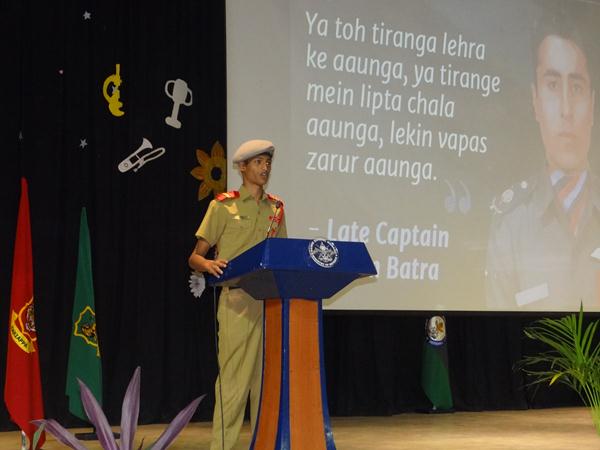 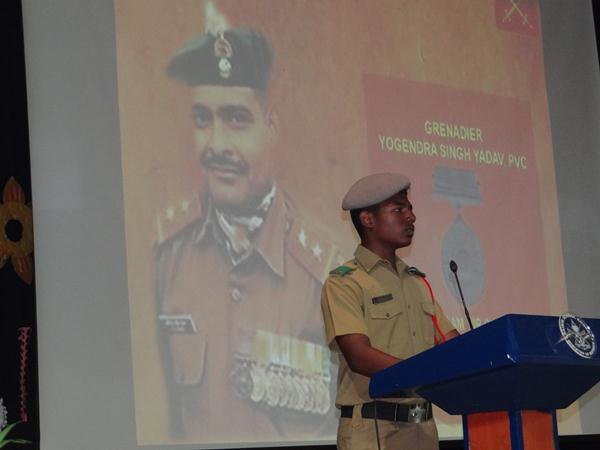 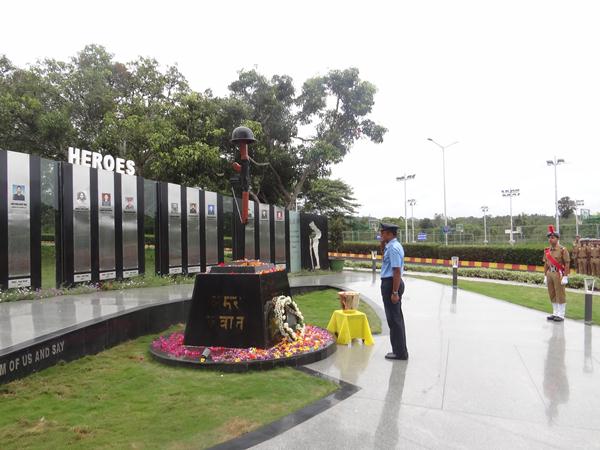 With the theme “Remember, Rejoice, Renew “, The 20th Anniversary of Kargil Vijay Diwas was celebrated in Sainik School Kodagu on 26 July 2019.

Kodagians paid homage to the martyrs of Kargil war by laying wreath to the war memorial by the Principal followed by floral tribute by all the staff members and one minute silence was observed to respect the martyred heroes.
A special assembly was held to commemorate the brave hearts of Kargil War in MP Hall. Gp Capt R R Lall Principal Sainik School Kodagu presided as the Chief Guest, Lt Col Seema Tripathi, Vice Principal and Sqn Ldr R K Dey, Administrative Officer were also present on the occasion.
Assembly started with a welcome speech by Cdt. Aadash Rai followed by speech on importance of Kargil Vijay Diwas by Cdt. Sujal Ladde who spoke on the history of Kargil war, the geographical importance Kargil and the valor exhibited by Indian Armed Forces during the war. Master of ceremony was done by Cdt. Hitaishi.
Cdt. Abhishek and Cdt. Ajay C portrayed as Capt Vikram Batra PVC (P) and Capt Manoj Kumar Pandey PVC (P) respectively and narrated the biographies of the great warriors who proved the motto of Indian Army “Service before self”.

Cdt. Balaji and Cdt.Nitin Ranjan portrayed as Grenadier Yogendra Yadav PVC and Rifleman Sanjay Kumar PVC respectively by narrating their courageous acts in capturing of Tiger Hill during Operation Vijay.
A spectacular Video on Kargil war titled ‘Immortals of Kargil’ which was based on the role of Armed forces and their operation was screened to motivate the young Cadets. Programme culminatated with vote of thanks by Cdt. Viresh followed by National Anthem.