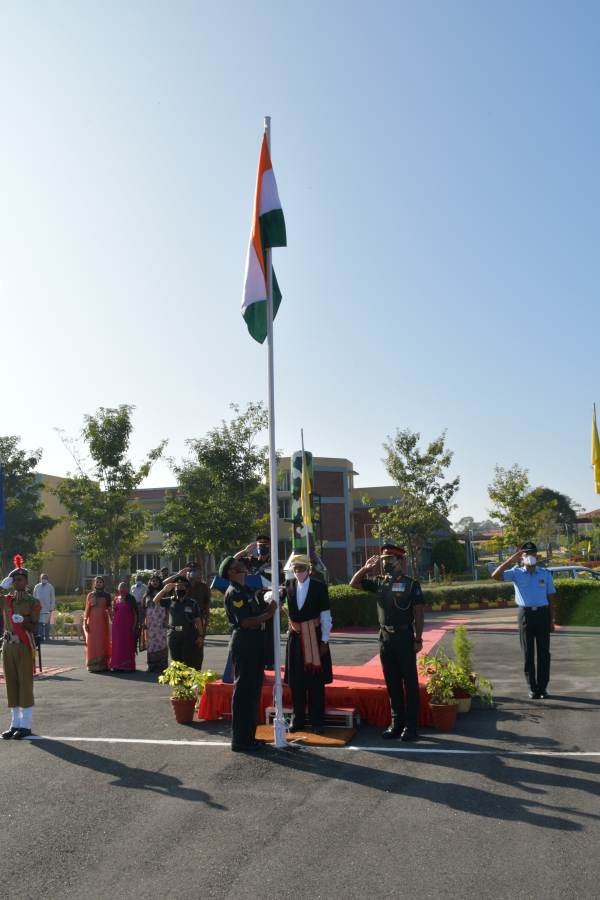 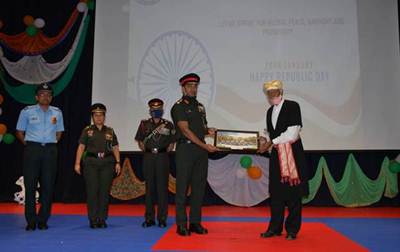 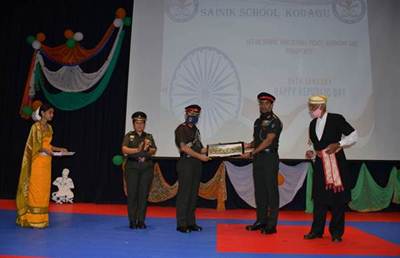 The guest of honour and officers of the school laid the wreath and paid homage to war heroes at the War Memorial. After unfurling the tricolor, the chief guest in his address appreciated the efforts put in by the school to facilitate as many cadets as possible to join Indian armed forces. He also appreciated the efforts of all stakeholders for inculcating native culture of Kodava and imbibing its essence in all school activities. He accorded a special appreciation to the cadets who aspire to join defence forces and wish that more number of cadets joining Indian armed forces. He was very happy to know that Sainik School Kodagu is one among very few schools to accommodate girl children.

The guest of honour Col AK Sharma, Commanding Officer of NCC Group Head Quarters, Mangalore expressed his happiness on celebration of Republic day under the silver line of hope to get rid out of the COVID-19 pandemic. He further added that India is progressing in leaps and bounds, shedding the trauma and energizing with vaccines for not only our country but also for the world countries. The guest of honour also appreciated the school for developing state of art infrastructure and imparting training using various online platforms. 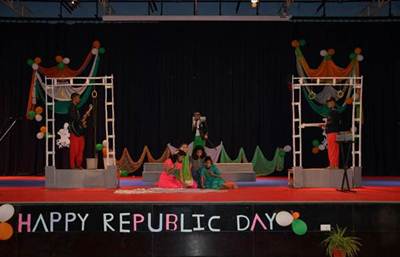 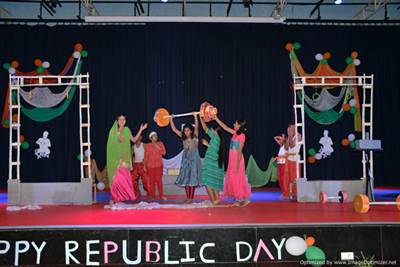 The Chief Guest presented the LBA Chairman’s Commendation Certificate to Mr Ashokan, TGT (English), Mr S Ramachandra, LDC and Mr Naveen Kumar Sahoo, General employee for their yeomen service rendered to the school. On the occasion a cultural extravaganza was presented followed by a high tea. The skit performed by the cadets on empowering girl children impressed all. 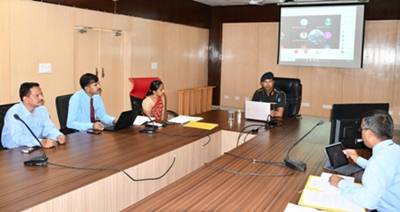 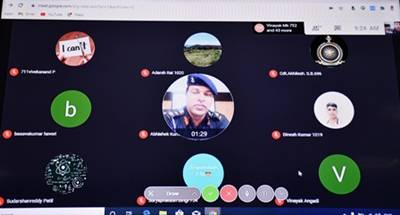 Topics covered in the interaction by the Principal: 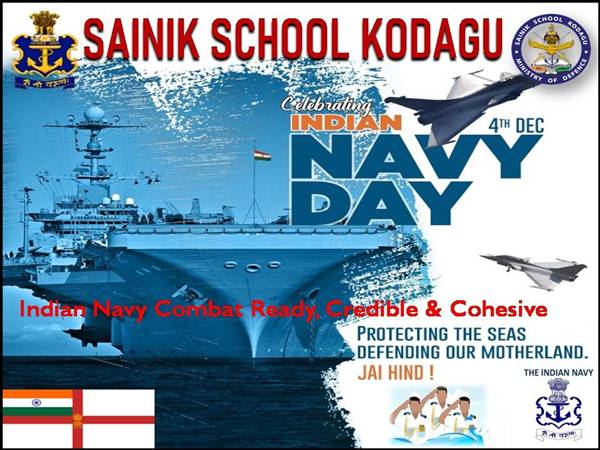 A special online Quiz on Indian Navy was conducted through Google forms to all the class groups. 197 cadets participated in the quiz and 114 cadets received the Certificate of Appreciation for their extraordinary performance in the quiz.

‘Navy Week’ was also observed from 28 Nov to 06 Dec 2020 focusing on the theme “Navy to Earth - 2020”. Cadets from class VI- XII participated actively in Virtual Tour of Indian Naval Ship, 360o tour of top deck of INS Vikramaditya and a Webinar on “Navy as a way of Life” organised by Western Naval Command Mumbai. Cadets of class IX & X participated in the virtual tour of Indian Naval Academy Ezhimala on Google meet in large number.

The celebration left an indelible impression of Indian Navy in the hearts of the budding leaders of SSKG.